How to do Sound Check (Part 1)

As a DJ, you should also have the ability to use audio equipment properly to make the sound quality as good as possible. Believe me, everyone will remember proms with poor sound quality or technical out-of-package conditions. This article will give you some basic suggestions on how to set up equipment when you are a DJ. As the title says, this is a basic introduction. If you are interested in the overall and individual components of the audio chain, I suggest you take a closer look at the various sections of this article.

Without the assistance of a sound engineer, DJs have many basic skills to understand when using PA systems. A site without engineers is the worst case, because in general, a site's PA system must be paired with a sound engineer. Some large or well-known tango festivals will have sound engineers depending on the needs of the venue. However, many tango events, such as marathons, seminars, or regular dances, do not provide technical support. 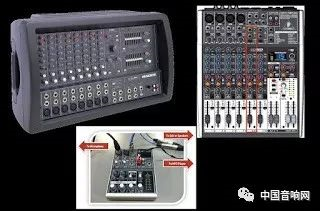 The settings of the audio equipment are called audio chain. A set of audio chain contains the sound source (the source of music) and the mixing equipment (the place where you can pre-amplify and adjust the sound, also known as the preamplifier). , Power amplifier (also called post amplifier), and speakers.

Source: It can be laptop, tablet, CD player, MP3 player, cassette recorder or turntable. The sound source device is used to play the music that the dancer wants to dance.

Mixer: Some people call it Preamplifier. With a mixing device, you can slightly expand the sound signal from the source device. Mixing equipment can also adjust your sound frequency and gain through the equalizer. The sound frequency includes the high, middle and low parts, which is simply the control of the tone. Gain refers to the strength of the signal, depending on how strong the signal is to be sent to the speaker. (Press: To put it bluntly, for example, if we want to increase the performance of the beat, we will increase the low-frequency gain and make the drum or bass more loud) 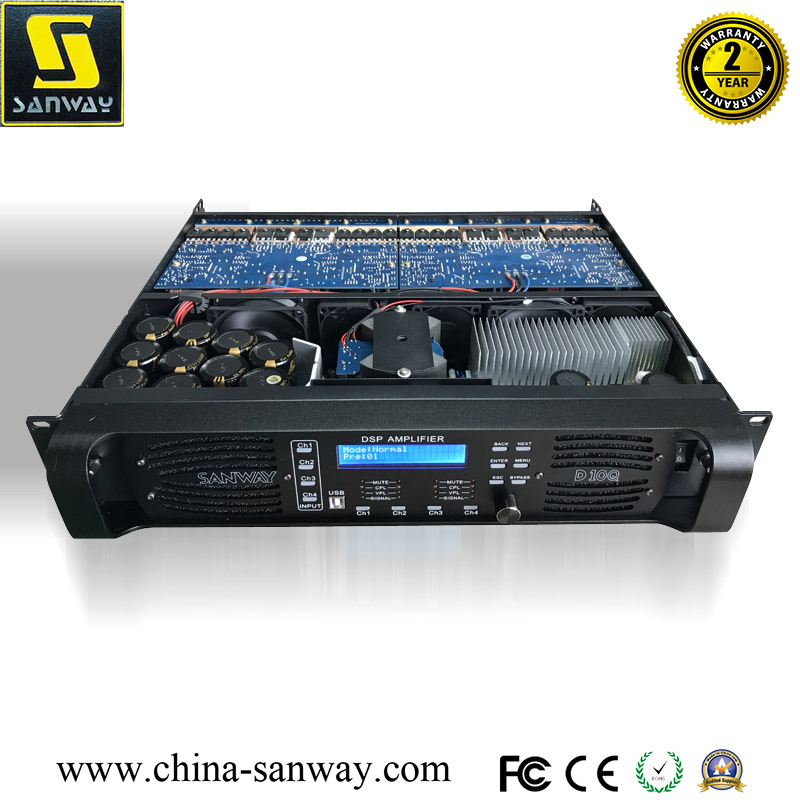 Power Amplifier: A device that can greatly expand the signal level and use it to push speakers (press: commonly known as push speakers).

The speaker is responsible for converting the received signal into a sound signal for playback. (Press: There are also so-called power amplifier speakers called active speakers)

Wire/Cables: Each audio equipment needs to be connected to each other through a wire. Each kind of wire is designed based on a special purpose, and different wires also correspond to different jacks. In theory, it is difficult for you to insert the wrong wire. (Press: The wire is also part of the sound, don't ignore the influence of the wire on the sound quality) 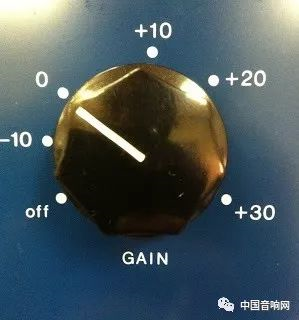 Do you know the difference between Gain and Volume?

In summary, an amplifier is any device that converts a signal (usually a very small amount of energy, such as a few milliwatts) into another signal (usually, a large amount of energy, such as a few hundred watts). Generally speaking, the term amplifier is used today to refer to power amplifiers, especially audio amplifiers. The input frequency and output of an amplifier are usually expressed by the input frequency, which is called the conversion capability of the amplifier, and the size of this conversion capability is called "gain". 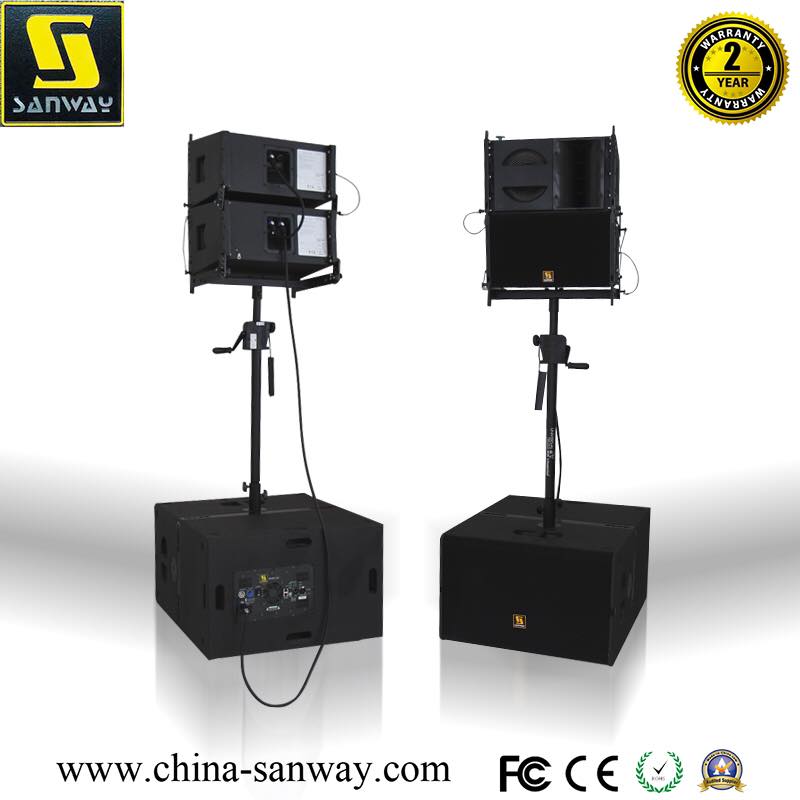 (The speaker itself will not amplify the signal! (Unless it is an active speaker)

The transducer is focused on converting one signal into another type of related equipment (for example, the optical signal in a photon is converted into a direct current signal expressed in amps). However, the transducer or sensor does not amplify the power. (Press: To put it bluntly, speakers, microphones, cartridges, and magnetic heads are all transducers. Speakers convert photoelectric signals into sound signals, or like a microphone, the opposite is true.) 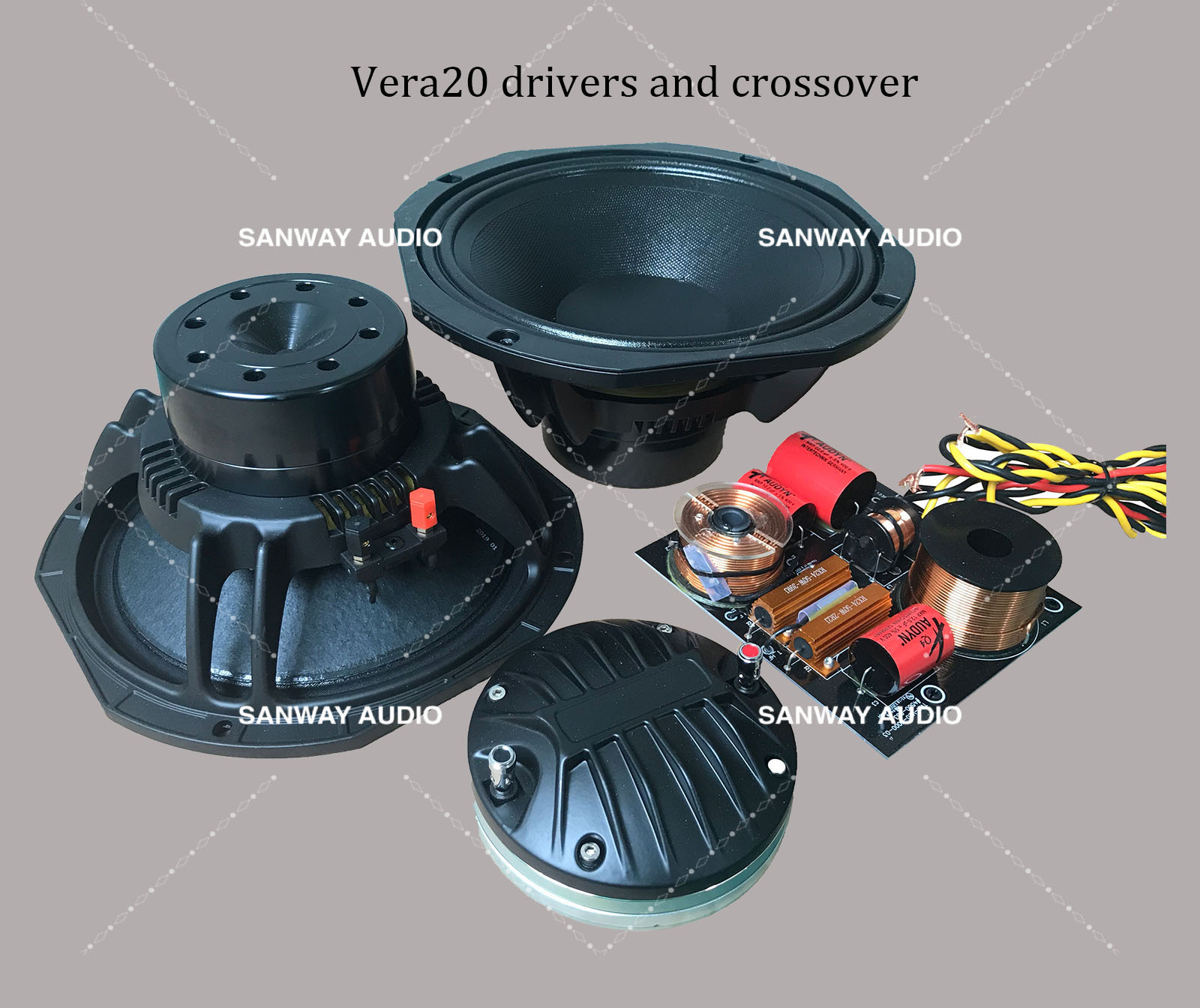 Loudspeakers, horns, and speaker systems are essentially electromechanical transducers that convert electronic signals into sound. The term speaker can refer to an independent device (commonly known as a single unit, drivers), or a complete system containing one or more units and other components. The loudspeaker is the most valuable part of the sound system and also bears the biggest responsibility for the difference in sound. Speaker performance (such as correct signal representation without distortion) is the main factor in determining the quality of a set of audio equipment.

For the average tango DJ, the mixing console is the most important part of the audio chain. Although each link has its weaknesses, the impact of other components is relatively small.

A large sound system (also known as PA, or PA system) with a mixer is very different from the sound in your home. You can choose a source, adjust or expand it until you have a way to drive the speakers to produce the desired volume. 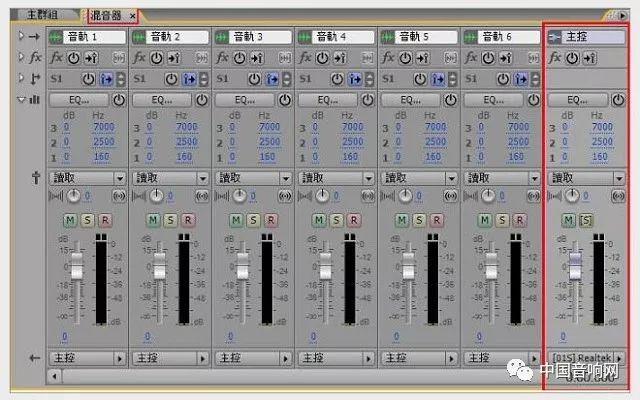 The PA system has the added benefit of being able to control and adjust every stage of sound expansion. The biggest difference between home audio and PA systems is whether there is a mixer. A simple mixer will have several channels so that independent sources can be input and adjusted, and then there is a master that can adjust all mixed input sounds at once.

With the mixer, you can adjust the quality and size of the sound. Of course, this refers to adjusting the volume and sound quality to achieve the tone you want (tone control). Old records from the late 1920s to early 1930s usually have poor sound quality at high frequencies, and modern records often give too much low frequency, especially those for new tango. 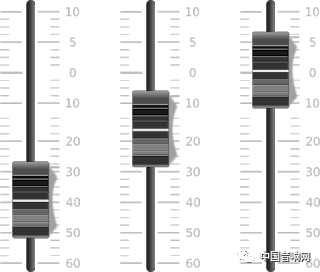 The last is the master volume control. It adjusts the volume of the signals from all channels after mixing. Basically, this controller is rarely moved. It is only used when doing sound check. After adjusting the volume you want, it will not be moved anymore. Generally, it will be set to the default value.

More important than volume is sound quality. Just adjusting the volume and not the sound quality, using a mixer is a waste. It's best to strike a balance in the middle for an optimized sound. I know that most DJs mainly play music from the 1950s and 1950s (sometimes older), and the sound quality of these recordings ranges from good to bad. To make the sound better, you need to make some adjustments. As a rule of thumb, the older the recording, the more you need to adjust the equalizer. The reverse is also true, the more modern recordings require less adjustment.

The most basic equalizer, generally there will be similar things on the mixer

There are many ways to adjust the EQ equalizer (arguably the most important magic weapon for DJs), but at least you can adjust the low and high frequency parts (the sound in your home may write treble and bass).

In addition, the equalizer will have a low-cut switch, which is used to filter low-frequency noise, such as microphones, resonance sounds produced when playing 78-record in stereo, and so on.

It can be complicated to 31 frequencies, but I think DJ only needs 10 frequencies.

Mid-Band controllers are useful for older records. Sometimes there are too many frequencies that can be controlled, which is easy to confuse for novices. 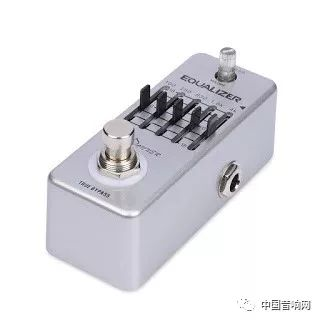 Bypass switch. This switch lets you compare whether your settings really improve sound quality. (Press: vernacular is the effect of one-button on-off equalizer) 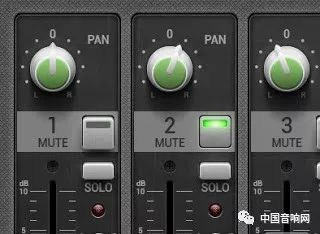 There is usually a balance control for Pan (panorama, short for Panorama) and Balance channels. Pan is used for mono channels. You can use it to adjust whether to output from the left channel or the right channel, or to balance it. Balance is mainly used for stereo channels. Control the sound to focus on the left or right channel.

Things to note when using the mixer

What equipment should bring

The first step, of course, is to connect the source to the mixer. At this time, you will need the audio cable. Considering that you must be responsible for the correctness of the wire, of course, you must bring one for each source. Of course, if you are a gambler and suppose you have a PA engineer to prepare all the wires for you, you don't need to bring them. However, you should prepare it yourself considering security. 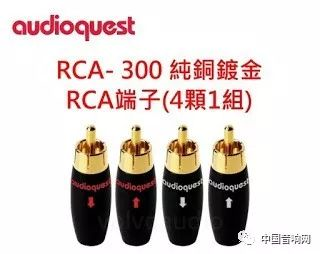 Keep in mind that some professional mixers are huge, so it's useful to carry a 3 meter audio cable. If you are playing on a home device, the so-called RCA terminal is used in most cases. RCA terminal is also called AV cable, which is the most common cable in the audiovisual market. 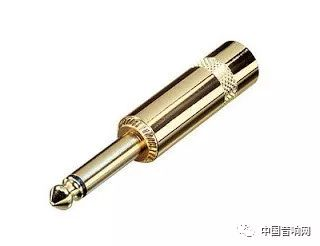 However, most mixers use 6.35mm TS or TRS terminals. Some earphones used this terminal in the early days (recently changed to a thinner 3.5 mm jack (which is commonly used on your mobile phone or Walkman). You can buy adapters such as RCA to 6.35mm, it is worth buying a few Group spare. 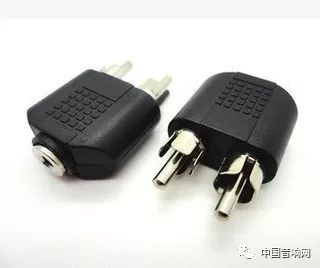 Believe me don't use this stuff

There is a small reminder on the wire: always buy high-end wire. A 30-dollar cable is relatively reliable and durable (according to this: I used a 100-dollar cable, EQ imported from Germany, Mixer, high-quality paid audio files, paid playback software plug-in ... the cost is super high) , 5 dollars a wire will make you problematic. I also don't trust the so-called adapters, so I will choose different configurations of cables, such as RCA to RCA, RCA to 3.5mm TRS, and so on.

I will use a small box to hold all the wires, and the length is 2 meters, 5 meters, and 10 meters, and then an adapter is used as an emergency backup. My RCA is gold-plated to RCA terminals and has a lifetime warranty.

So the source is connected to the DJ mixer, then to the large main audio station, then to the post amplifier, and finally the speaker. Please note: When you plug the cable into the audio station, please make sure that each channel is turned off or muted, otherwise you may damage the PA system or the speaker. The reason is that when plugging and unplugging the wire, it is likely to produce an instant pop. 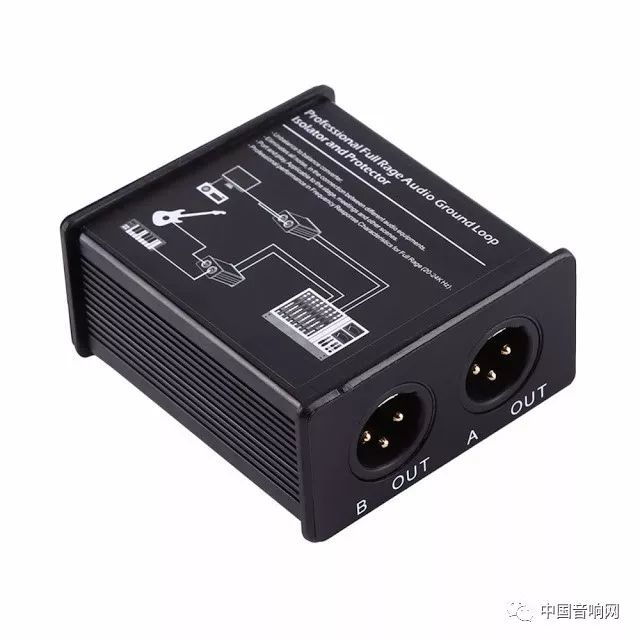 Sometimes, you hear a humming sound when you connect a DJ device because the ground loop captures 50 Hz signals from the signal line. If this happens, consider installing a ground noise reduction isolator to improve it.